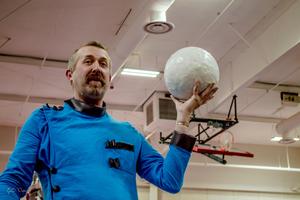 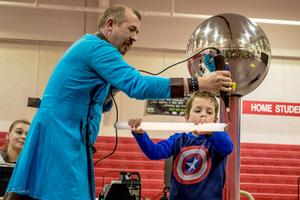 Branson, MO – David Hagerman, a full-time working magician, science wizard, and educator passionate about inspiring children to pursue futures with math and science, announced he will be holding one of his science entertainment and educational performances at Romero Elementary School on March 21, 2019.

Given that America is falling behind other countries regarding the study of science and mathematics today, Hagerman is passionate about the push for STEM (Science, Technology, Engineering, and Math) related fields in schools and classrooms.

“Technically, I’m a real modern-day wizard, using science to achieve illusions,” said Hagerman. “Through my spectacle and performance, my real goal is to wow and inspire kids to consider science and mathematics as a future. It can be hard to get kids excited about STEM fields today, and considering that science and technology are our future right now, through wizardry, I am happy to show them the awe and wonder behind the numbers and formulas.”

Performing a full-fledged science show that incorporates magical elements, Hagerman demonstrates visual science that stands on its own without the help and support of magic. Cognizant of the fact that children’s attention is sparing and fleeting, Hagerman delves into the importance of entertainment for really piquing children’s interest.

“My show is designed to be one of the most entertaining live performances that students will ever see related to science,” said Hagerman. “By the end of the act, students will not even realize they have learned a considerable amount of math and science during their entertainment enjoyment. I look forward to sharing my performance art with the students at Troy Elementary School this month.”

Similar shows to Hagerman’s have demonstrated a 33% increase in test scores for the children attending the spectacle.

Known as the world’s most secretive magician, as a nationally acclaimed magician, Hagerman works hard to protect magic’s secrets as the rise of smart devices and Internet tears down the mysticism behind the performance.

For more information, or to contact Hagerman regarding a school or educational institution performance opportunity, visit: hagermania.com.